About Central Keystone Council of Governments

What is Central Keystone COG?

The Central Keystone Council of Governments is an organization of central Pennsylvania municipalities which have pooled resources to more efficiently manage the adoption of the Uniform Construction Code.  Through this cooperative organization member communities will be able to deliver efficient, cost-effective inspection services to homeowners, businesses and the contractors and builders who are serving them.

This website is a resource for both builders and property owners who need to find out more about the new construction codes, would like to find out more about permit requirements within their community, access a list of certified inspectors licensed for their municipality or start the process by submitting a permit application.

If you would like to see other services or information included within this site, contact us and let us know.

The mission of the Central Keystone Council of Governments, Code Administration Departments is to ensure a safe and sanitary atmosphere for the member municipalities’ residents throughout Union, Snyder, Lycoming, Centre and Upper Northumberland Counties. Through the regulation of design, construction, quality of materials, use/occupancy of property, location and maintenance of all buildings, including fire prevention, flood plain management, life safety, structural stability, sanitation and accommodation for people with disabilities. By doing so, the CKCOG will promote community awareness of and encourage compliance with municipal codes to enhance the quality of life and foster civic pride.

The cooperation of the member municipalities is a continuation of the original inter-municipality agreement of Lewisburg and East Buffalo Township. This agreement started joint code enforcement in 1987 and was administered by the Union County Housing Authority. The success of this cooperation had led to requests for services from municipalities outside Union County, and made it possible for the Central Keystone Council of Governments to be created in 2002. 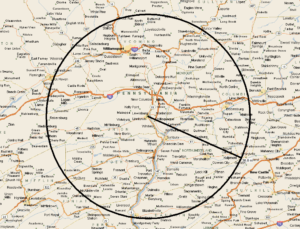 What is a Council of Governments or “COG”?

A Council of Governments (COG) is a voluntary association formed to promote intergovernmental communications and cooperation.

A COG is not another level of government. It is a continuing association of governments without legislative or taxing power. Members are able to remain in a COG while not always participating in every COG project or service.

The first Intergovernmental Cooperation Act was adopted in 1943 by the General Assembly. In 1972 the Intergovernmental Cooperation Act was amended (Act 180) and used the same language as the Pennsylvania Constitution: “A municipality… may… cooperate… or agree in the exercise of any function, power or responsibility with… one or more… municipalities…” In 1986 the Act was amended to recognize COGs as eligible to apply for state grants/financial aid.

Councils of Governments are becoming increasingly popular as local governments become aware of the necessity of joint purchasing and action in dealing with mutual problems, and also of the federal and state funding available to such organizations. In addition, COG’s are flexible, politically responsible and do not threaten the local autonomy of member governments.

The objective of Central Keystone COG is to pool resources to more efficiently administer services for residents and municipalities, thereby providing services that would not otherwise be economically practical.

How are these services paid for?

All CKCOG administered services are funded entirely through permit and inspection fees paid by the users of these services. No tax monies fund the CKCOG.